❧   ❧
tetrix in Scala — survival of the fittest

survival of the fittest

I wonder if rid of the reward for deleting a single line would improve this.

Here are the results:

To bring in the structure, we try making the cavity stronger again.

Interestingly, the median of the attack count went down to 1, but the max of line count increased to 51. Here’s the result from 1.txt:

Next, I decided to penalize crevasses only if it’s deeper than 3 to increase the opportunity of attacks.

This has stablized the game a bit. The Android version is playable, but swing version with this aggressive tuneup is getting furious. 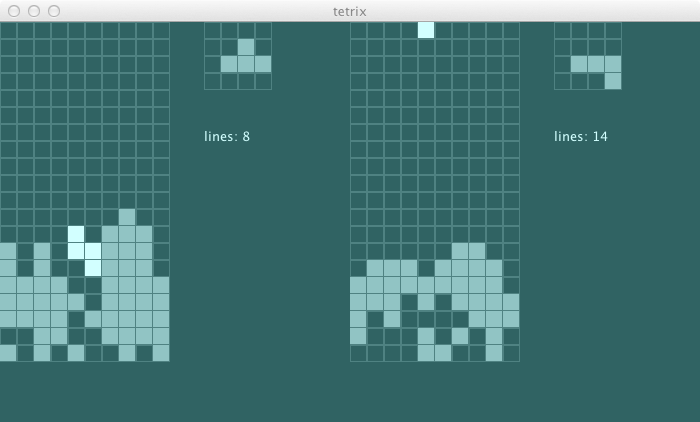 The agent has more line count racked up.

Anyway, this is going to be the end of our tetrix in Scala series. Thanks for the comments and retweets. I’d like to hear what you think. Also, if you are up for the challenge, send me a pull request of a smarter agent-actor that can beat human!